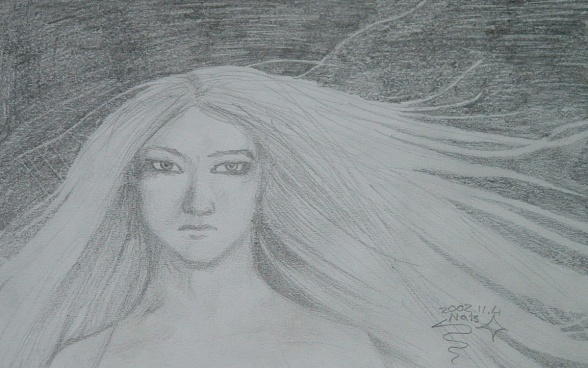 A pair of quicksilver eyes flicked dismissively over the breathtaking view of EL Tianne’s Enchanted Valley. Pherr had been there a myriad of times before, searching out the Fairy Queen’s help. He waited silently as the minute sentinel, who had spotted him only moments earlier, whizzed down into the mysterious depths of the Charmed Forests. Impatience stirred within him. His fingers felt like tightly wound springs, ready to uncoil. His muscles tensed in anticipation of the Portal to the Hendecagon. It felt as if the time was racing out of the hourglass. Clouds moved by swiftly.

EL Tianne, queen of the Fairy, tapped her delicate fingers on her armrest. The Lifeglass before her was emptying far too rapidly to her taste. What is taking Pherr so long? she thought impatiently. The Fairy Queen chafed at the circumstances that forced them to use other means to get him into her domain. He had explained it carefully to her the last time he had come: he would not be able to open the Eleven Gates when he brought the New One through. His power would be sucked dry… Her sentinels were all instructed to report any sign of the Mystic’s arrival.

A miniature bolt of lightning flashed in the Lifeglass. The Sand was becoming liquid. Blue-silver.

She felt her sceptre’s smooth surface. The Seven Keepers channelled their awareness of the imminent commencement of the Hendecagon through the connection she had cast on it. Their combined forces pushed readily against her magic.

The large doors of the throne room burst open. A haggard looking fairy plunged through the entryway.

“The Mystic has arrived, O Queen!” she cried and fell to the floor.

EL Tianne reached for her sceptre and opened the Eleven Portals to the Hendecagon. The Seven Keepers released their combined force. The air began to shimmer and waver. The light bent at peculiar angles, making the air appear to be liquid.

Calmly, a dark figure stepped through the Portal.

“We must hurry,” his voice whispered into the turbulent air. He reached out his dark hand to the Fairy Queen. Blindly she thrust the Lifeglass into his open palm, their hands touching briefly. The glass shuddered in his hand. More lightning flashed across its surface. The liquid Sands were almost entirely gone.

Pherr glanced once at EL Tianne’s face, her violet eyes told him what would come.

He stepped back into the Portal. It closed behind his back – the familiar simultaneous pressure and release reassuring him that he would make this jump. He could see the eleven planes, their portals’ glowing incandescence. His hand was clamped securely around the fragile Lifeglass…the Sand was no longer in sight.

TO KEEP READING, GO BUY THE FULL VERSION OF THIS SHORT STORY ON SMASHWORDS!

<<This is a short story I wrote when I was 17. It was for a Junior City Council competition. I won the Prose division.>>