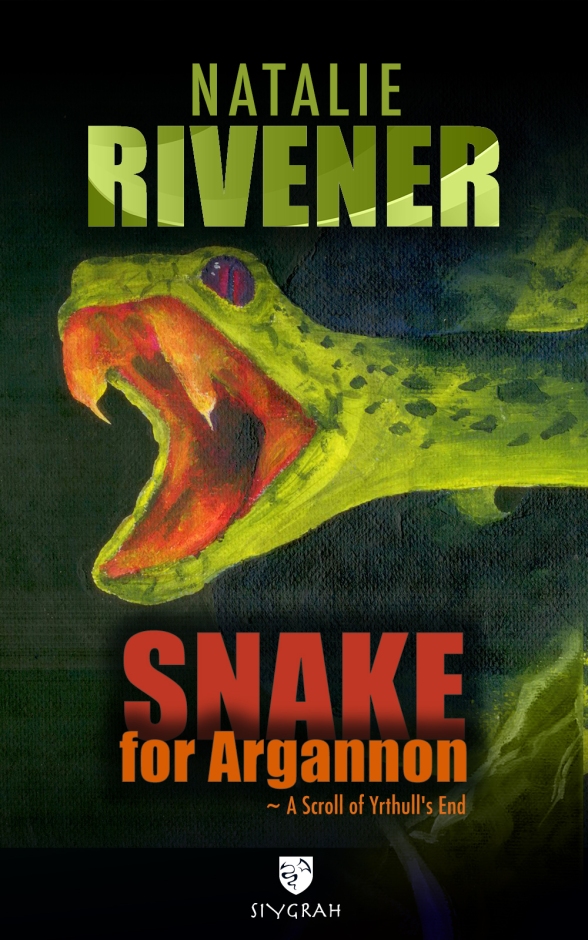 It is high time for some action! Go get yourself immersed in my latest short story – Snake for Argannon: A Scroll of Yrthull’s End (which also featured in CEA Past Your Reality Volume 2). It is set in Ruoff which is on the other side of Yrthull to Nirhee, where More Than a Fish takes place, and it is set a year or so earlier.

When Prince Zehnnar’s elder brother, Remnarez, returns badly hurt from a sortie against their greedy northern neighbours, Zehnnar has to step up as the next in line for the Arganian throne. Problem is, he’s never held a sword or attended a council meeting in his life, but his brother will never let him live it down if he doesn’t at least try.

Please leave reviews on Goodreads and have a look at my other stories. They provide some background to my first full-length series, Scion of the Myrrh, which is set about five years after Beyond. Keep an eye out for news on Stormbringer, the first instalment of this series.

Click on the images below to purchase the stories on Amazon.